Superfast, But Even More Super.

Think of Italian motoring icon Ferrari and the first things that come to most peoples minds are Formula One and supercars, usually both in Red too. But what many people overlook at first thought is the long line of V12 Grand Tourers that the brand have launched over the years. Those looking to cross continents and cruise the motorways have always been well catered for with 12 cylinder front engined cars like the Daytona, the 612 Scaglietti, the 599 GTB, the 456, F12 Berlinetta, the shooting brake style FF and GTC4 Lusso, the list goes on and on. These days Ferrari have produced arguably the definitive V12 grand tourer; the 812 Superfast.

Not content with simply offering the ultimate in luxury grand touring lifestyle, Ferrari sometimes go one step further by taking the roof off their large V12 machines and in the process creating the ultimate style icon; the 812 GTS. The GTS however is their first mainstream production car in a decade to offer such a feature, and the first since the Daytona Spyder of 1971 that isn’t produced in limited numbers.

The 812 GTS is powered by a 6.5 V12 naturally aspirated creating a colossal 800 Italian horsepower (789 of our bhp) and a 0-62mph time stated by Ferrari as ‘less than 3 seconds’, 0-124mph in just 8.3 seconds and a top speed of 211mph. Impressive figures for a luxurious comfortable car and especially one without the aid of turbo chargers. What is also more impressive is the fact that the 812 manages to become a super sports car when needed, agile, sharp handling thanks to four wheel steering, and capable of attacking twisty country roads.

The car is offered in exceptional condition having covered just 400 miles by its one previous owner. It also comes with both the remainder of a 4 year manufacturer warranty until January 2026 and a 7 year Ferrari service plan until January 2029.

Not only one of the very few 812 GTS examples currently on the market, but most definitely one of the most extensive specification cars available. The perfect car to whittle away those summer miles on your very own grand tour? We certainly think so. 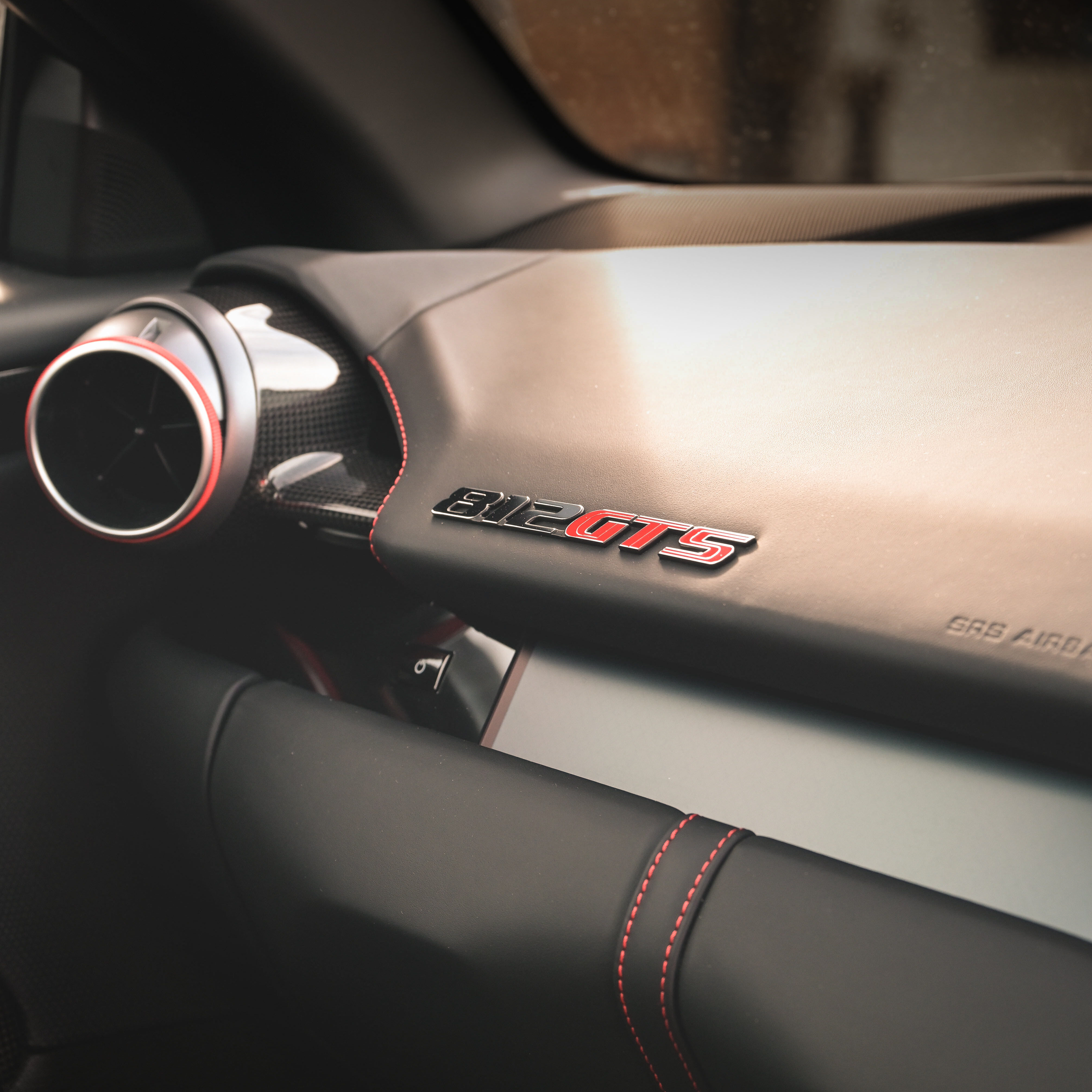 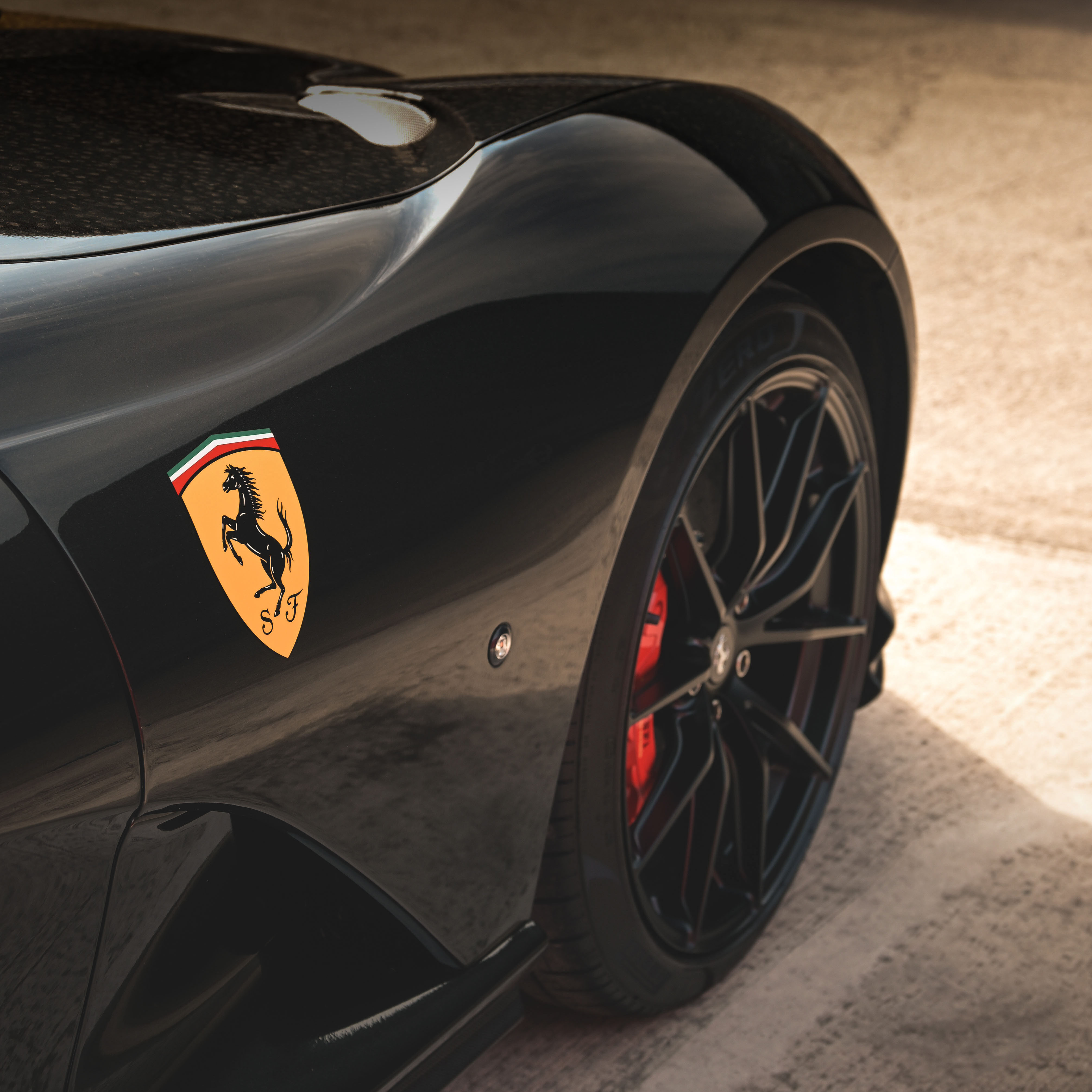 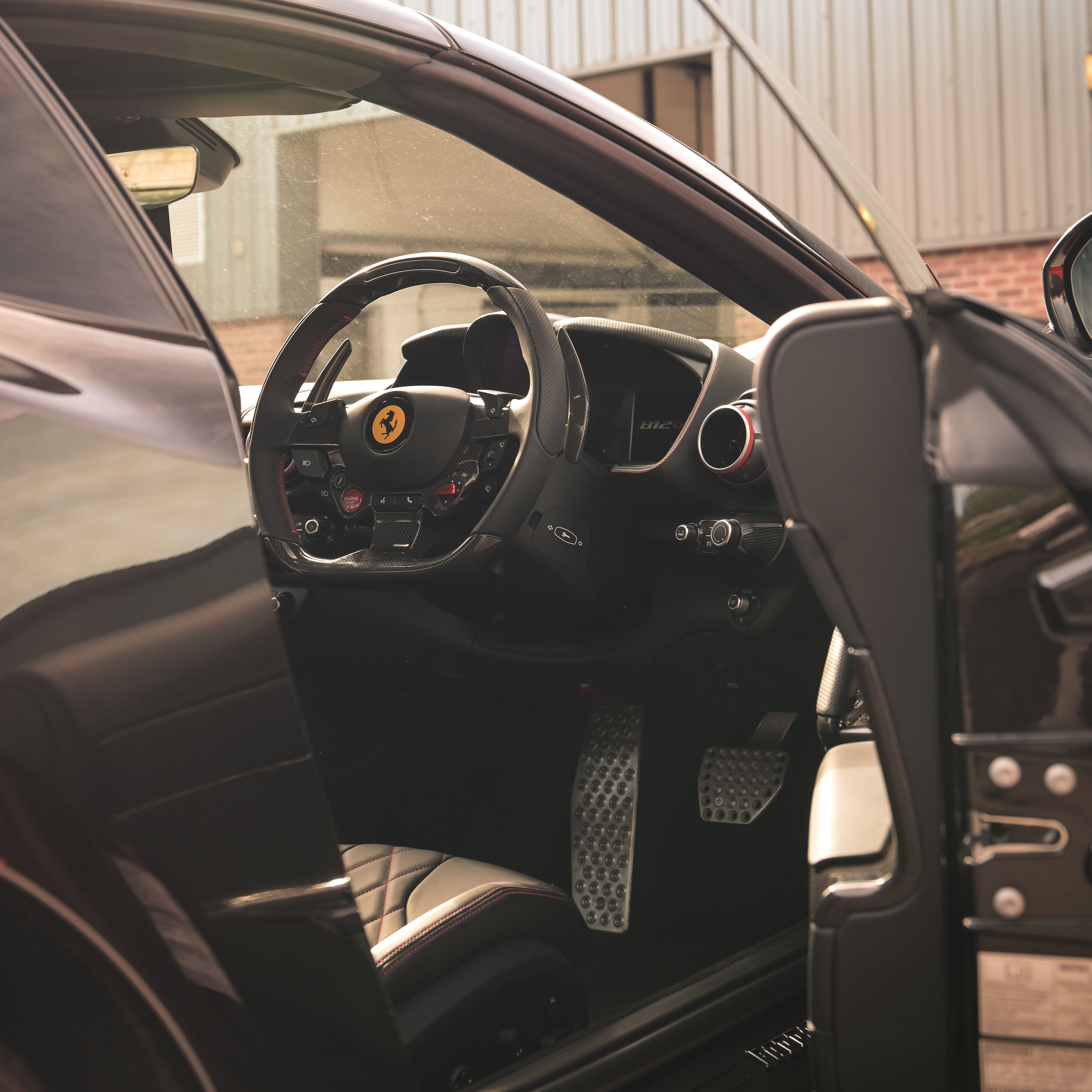 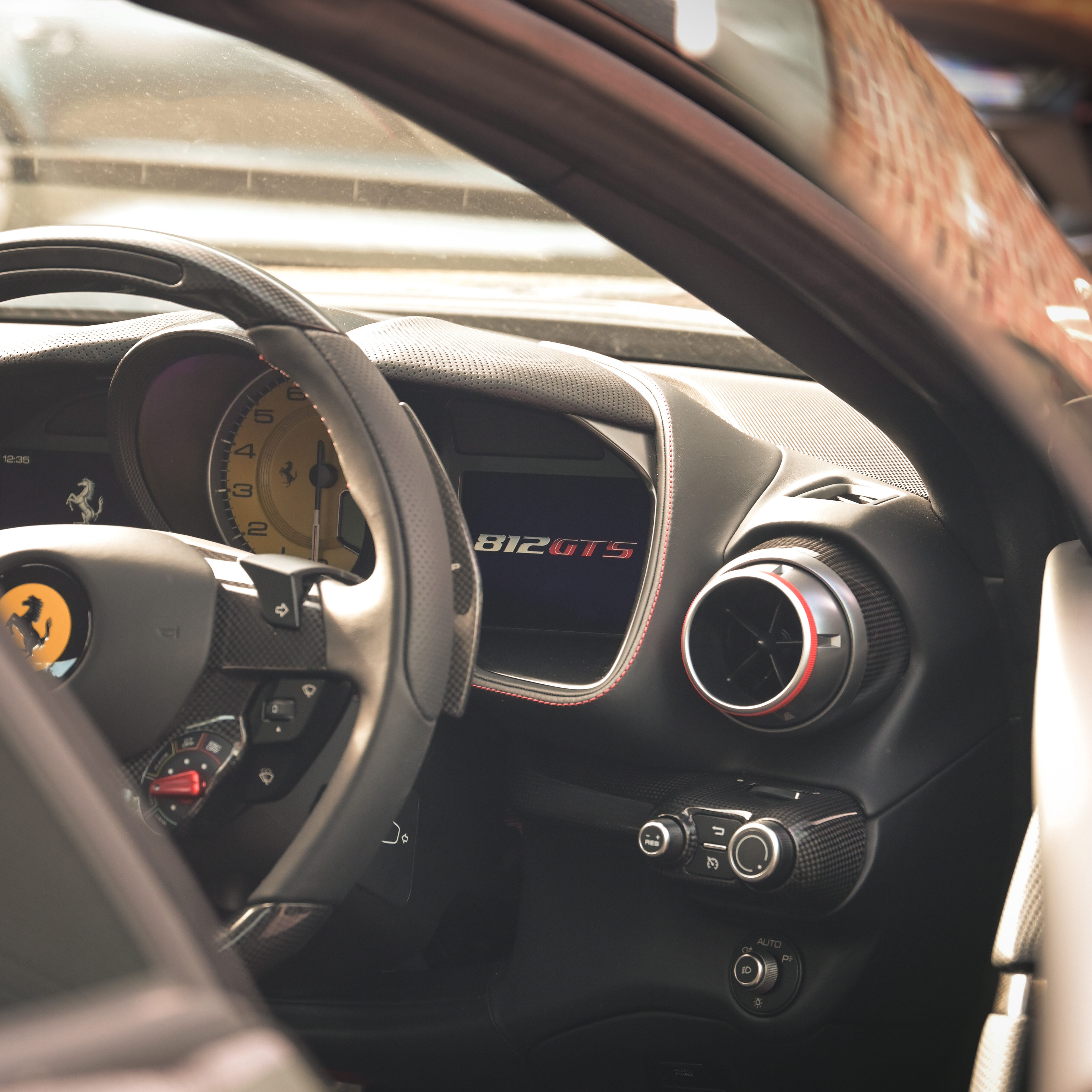