Many car manufacturers will go to extraordinary lengths to ensure they keep their fans and customers happy, but seemingly none more so than Porsche. While everyone else concentrates on electrifying their entire range, Porsche decided not to mess with the expectations for their latest GT3 and stick to what they know best. No electric motor or hybrid powerplant, not even a turbocharger in sight, just a 4.0 litre naturally aspirated high revving powerplant in its traditional rear-engine rear-wheel-drive format. So what makes the GT3 so special, especially with this latest 992 generation? It’s all about handling.

It may come with a modest 10bhp increase over the previous generation of GT3, now producing 503bhp, but that doesn’t even tell half of the story. The engine has little in common with any of the engines found in the rest of the 911 range and is more similar to the one found in Porsche’s GT3 Cup racing car, it’s even built on the same production line. Rev the car anywhere near its 9,000rpm redline and the sound is pure racing car orchestra. The weight saving has also gone to racing car lengths with one less gear in the PDK transmission, 7 to the rest of the 911 range’s 8, saving 20kg, a new exhaust system saving 10kg, carbon fibre bonnet and even thinner glass in the windows. To ensure maximum traction the front suspension now features a double wishbone set up, something previously only found on Porsche’s racing cars.

A lot of work has also gone into not only saving weight but adding downforce, a lot of downforce. Underbody trickery, a new rear diffuser, front splitter and that impressive swan-neck rear wing mean that the downforce gain over the previous generation is a huge 150%, 385kg of downforce to be exact at 124 mph, even more than the outgoing GT3 RS. All of this means that the 992 GT3 is more than 17 seconds quicker round the fearsome Nürburgring than the previous generation, and over a second quicker than the 991.2 iteration of GT3 RS.

This exceptional car has bot only one of the most extensive specifications available on a 992 GT3, but also one of the most tasteful colour combinations and accent colours. The combination of the ceramic brakes, carbon fibre roof and carbon bucket seats mean that the quest for lightness has been taken even further through careful option selection. The car has covered just 350 miles by its one  previous owner and comes complete with a Porsche manufacturer warranty until June 2025. 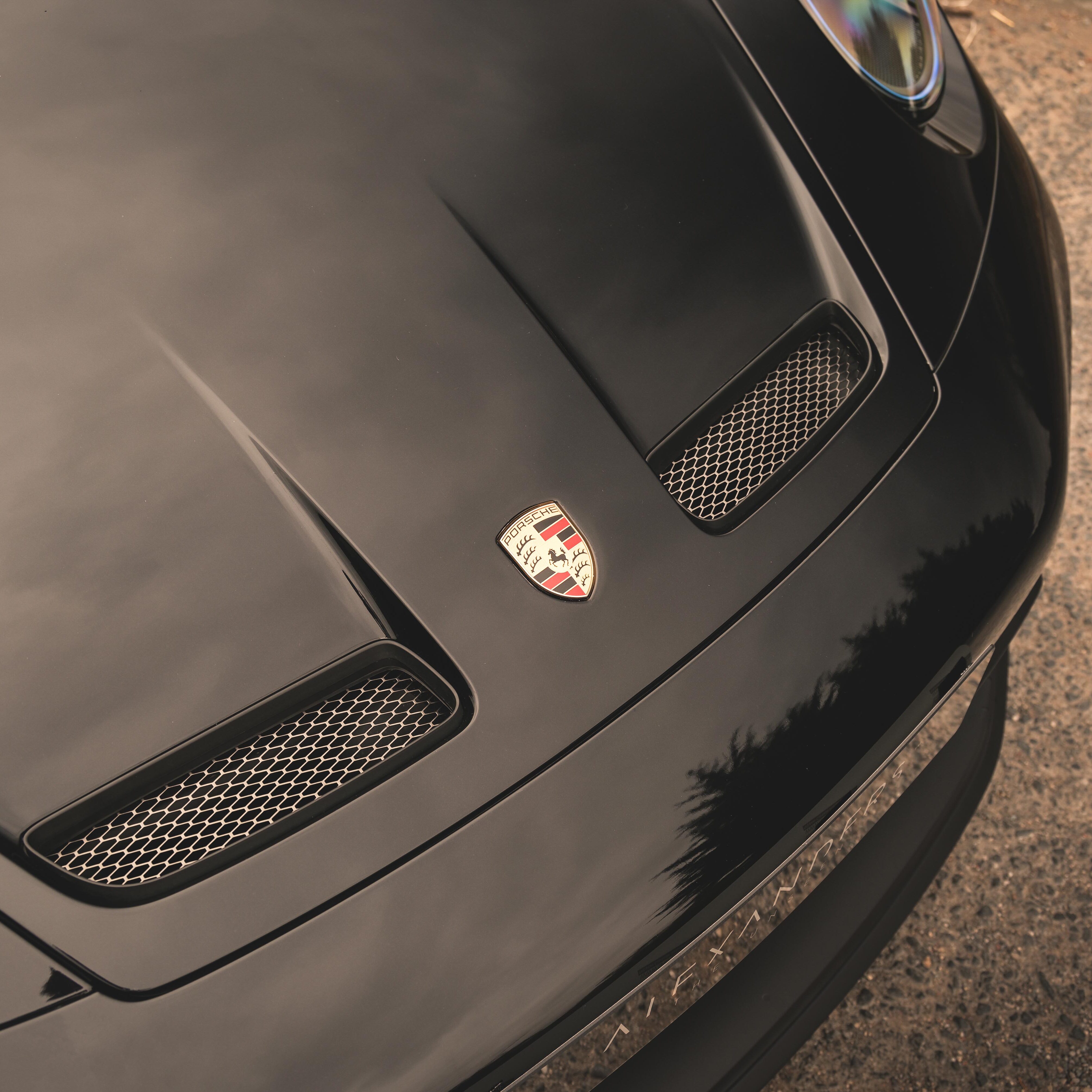 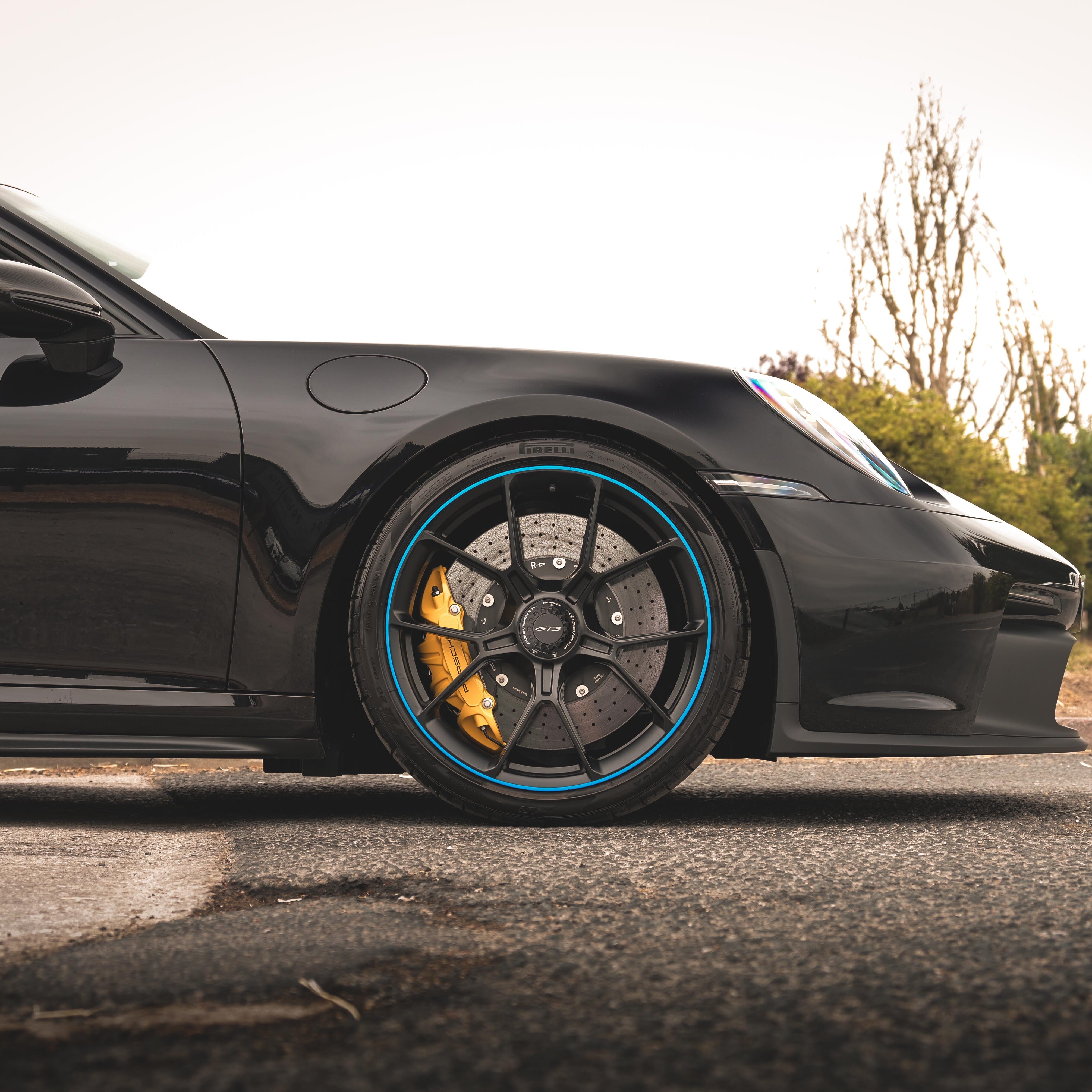 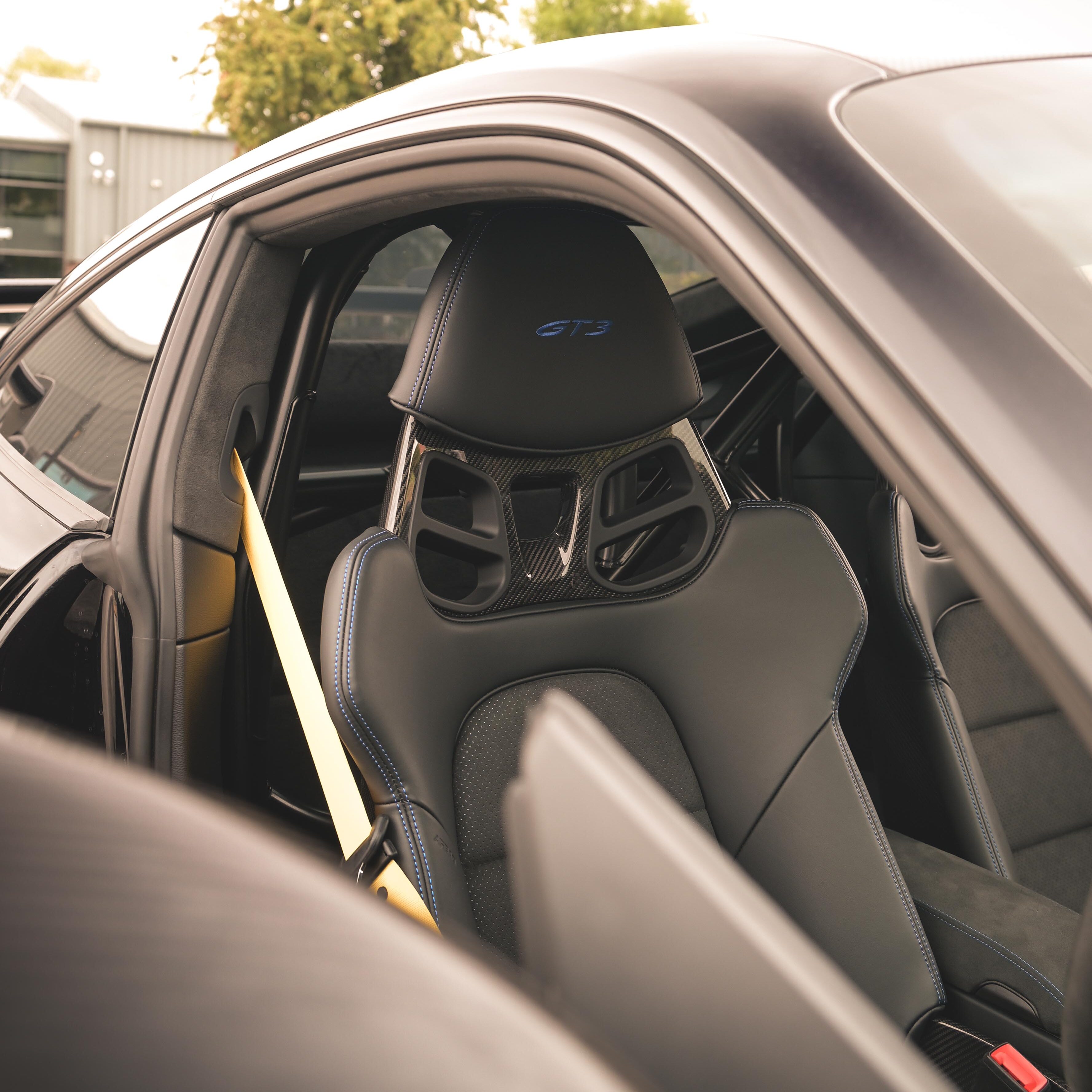 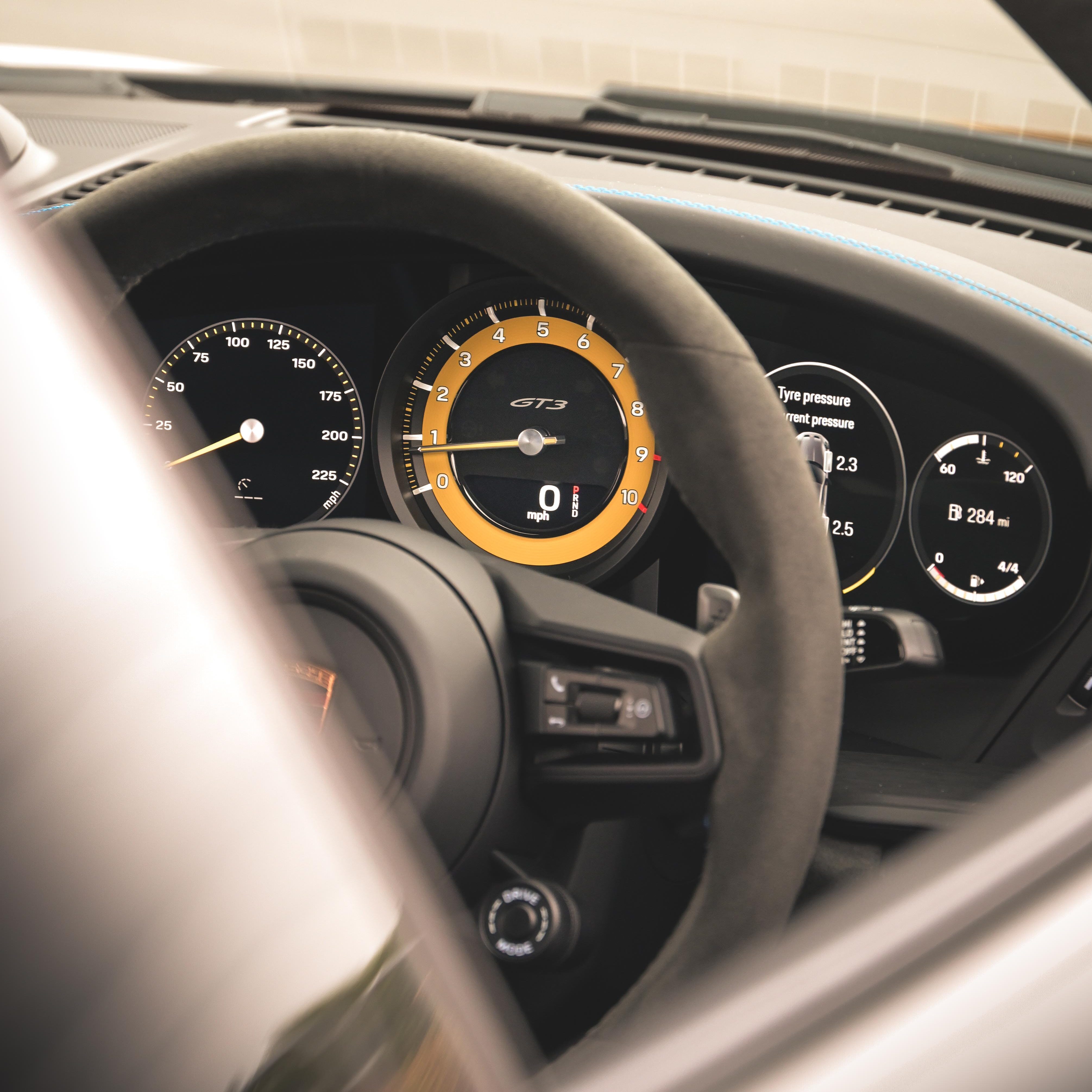 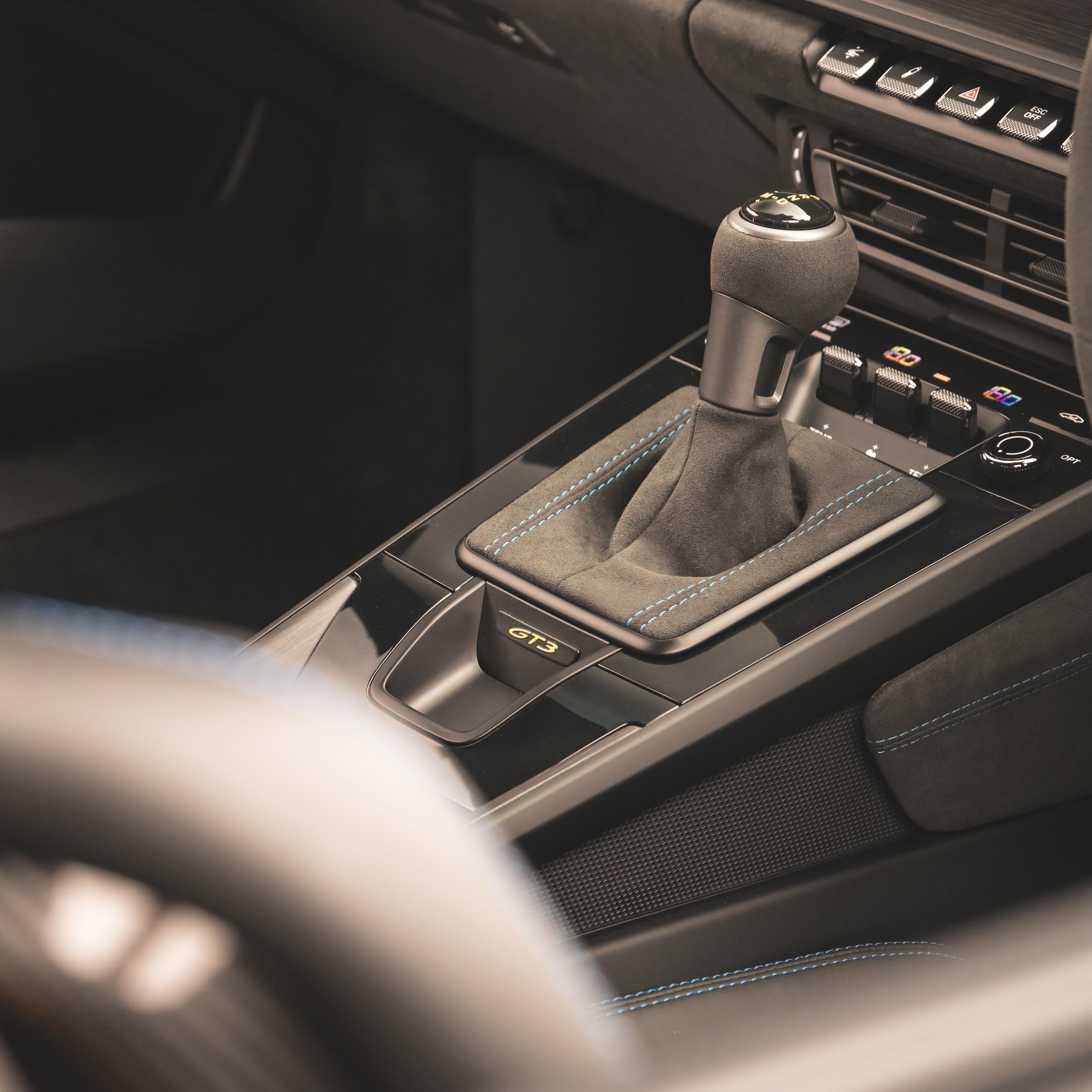 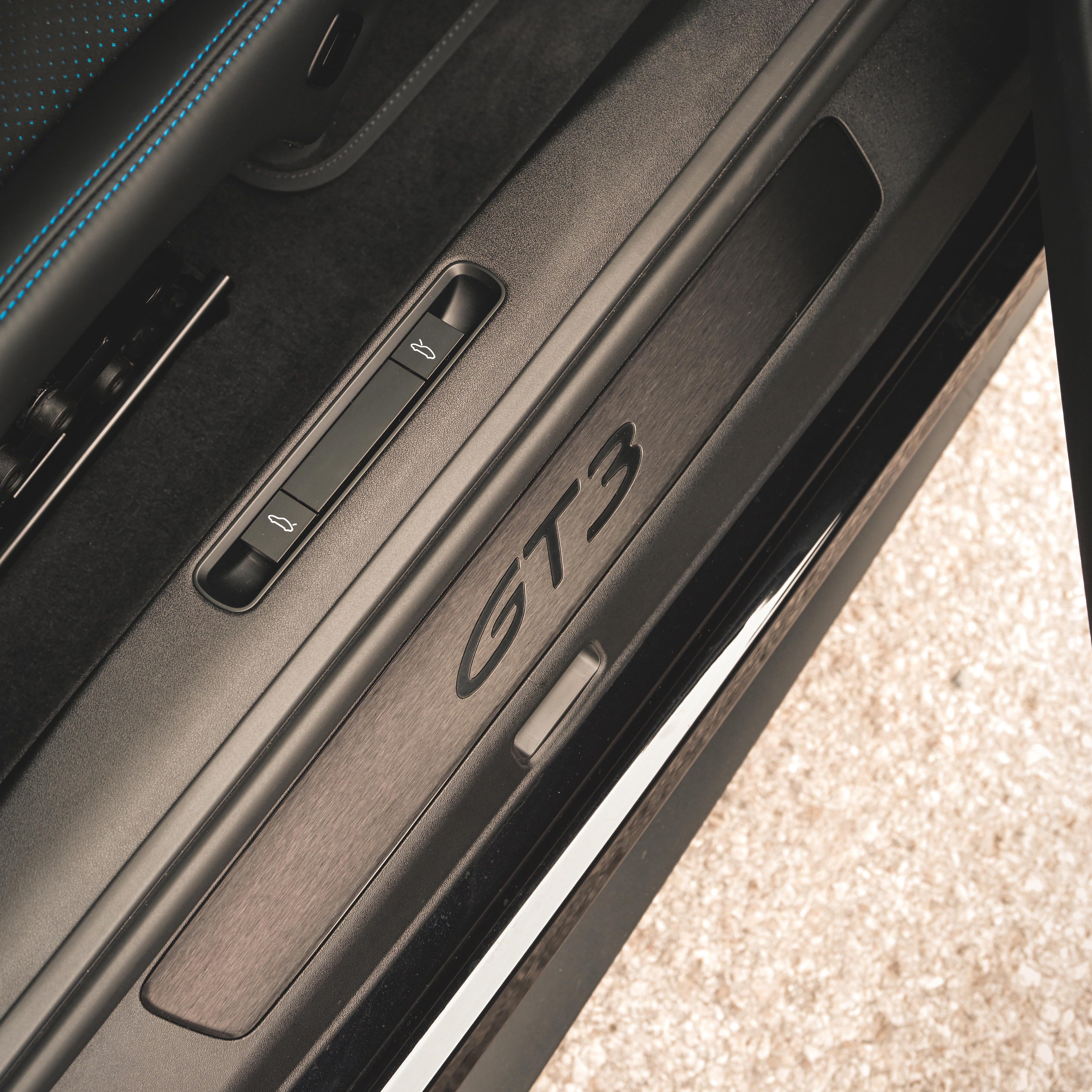